Written in a neat scribe's hand in crisp black ink on impeccable vellum:

It has come to my attention that communication with Sithire Wisplight of Elgaria has gone dry. After the downfall of Mhernettla, I find this most curious about our eastern neighbours. As a noble of Mhernettla, perhaps you have better knowledge of the situation and could appraise me of what you know. Failing that, mount an expedition into investigating this sudden silence. Then bring to me your findings.


Affixed is the seal of Transdariania imprinted upon black wax.
Top

*Written upon a high quality strip of prepared vellum, adorned with the wax seal of Margrave Salksilek, which consists of a trio of plum coloured poppy blossoms upon a field of aegean blue, is addressed to the offices of Sithire at Castle Black.*

Due to this one's proximity, an offer of affirmation that communication with Sithire Wisplight of Elgaria, as well as the heads of the main noble houses that comprise its governance have been absent in its entirety is without doubt. This one has already mounted several expeditions, and has been working in mutual tandem with the Menxvanic Templars of the region to further the investigation into the cause behind this abrupt silence.

Thus far, the information that has been obtained by these efforts paints a troubling picture. Central Elgaria, in the broad vicinity of the Black Lagoon, has become for all intents and purposes impassable by any of the variety of methods employed by these expeditions. They have identified some manner of ominous phenomena those who have encountered it as "The Creeping Shadow" that has taken the form of a dense mist or fog. It is currently unknown whether it is natural or unnatural in design, or whether it was constructed or simply manifested by the terrible forest itself. What is known, however, is the affects it has upon those who attempt to traverse its span in any measure. Reports of intense feelings of fear and paranoia from hardened soldiers is almost universal, and multiple members of these expeditions have gone missing within its expanse and remain missing as of this date. Reports also speak of "shadows", silhouettes whose forms differ from witness to witness, moving through the edges of visibility within this dense mist. It is unknown if these are hallucinations, or some manner of creature or force that dwells within these affected areas.

The borders of these affected areas have been roughly defined, which suggest some manner of stability as far its expansion and contraction is concerned, as observations to its growth and receding fall within certain thresholds that remain relatively constant. As of this date, all expeditions to traverse the affected areas have ended in failure, and ongoing observations have verified not a single "survivor" from the affected region, including the Sithire, noble houses and heads of governance have been able to escape the mist. It is unknown whether these individuals are alive, dead, or find themselves equally unable to traverse the mists.

The Elgarian presence within Mhernettla has been, understandably, stressed to a significant degree as they find themselves cut off from all support from not only the government, but the political and economic backing of their households. It is this one's opinion that, given the loss of these influences, combined with the rigors of the Elgar itself, the settlement will likely fall to ruin given enough time. The infrastructure of resources the port city was intended to take advantage of has practically vanished over night, and now heavily relies upon local lords, amongst this one is counted, for the appropriate resources to keep it afloat. It is, after all, a shame that such useful resources in the region will ultimately stagnate and recede without a proper stabilizing factor.

On an unrelated note, this one's barony has produced impressive results due to the resources available under noble claim, the reformed agricultural infrastructure implemented has served its vassals well, which this one endeavors to continue exporting to market abroad, and of course, Drache. It is unfortunate that the baronies borders encompass such a small landscape to draw succor from, which serves to limit potential exportation. An abundance of suitable timbers for a variety of constructions is also plentiful, which this one has used in the reconstruction and expansion of Mhernettla's ruined harbour system as well as personal naval vessels. It is, however, shameful to find that Mhernettla, due to its circumstances, has as of yet been able to fully compensate this ones efforts of civil engineering in these regards, leaving a sizeable debt and a financially straining this ones coffers. To treat a fellow member of nobility such as oneself in this fashion is, pardon my language, uncivil. Without the Sithire of Elgaria available to suitably acredit such efforts, i'm afraid the limited government of Mhernettla will continue to be unable to do so.

Allow this one to apologize for this tangent and trying times under which it finds purchase upon this vellum, as one hopes Her Grace does not worry needlessly about such details. 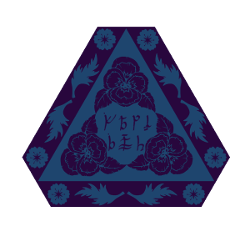 The reply comes a day or two after Arangire Salksilek's reply, written in the same neat hand of Sithire Auxerre's scribe. In black ink, written on premium vellum, the letter is brief.

Your report is most troubling for the people of Mhernettla and Elgaria as a whole. It would not do to be so involved in the liberation of Mhernettla from the Dark only for the province to be swallowed by the forest reclaiming its lands. It is our obligation to see that Mhernettla is not forgotten by Drache again. Provide succor where you can. We shall be sending additional supplies in Transdariania's name to be distributed to the townspeople at your discretion. Do not be stingy, my lord.

I will see that a small delegation of representatives from Transdariania make the voyage to Mhernettla in the coming week. Please utilize their talents as you see fit. This is a golden opportunity to drive a wedge between Mhernettla and the Elgarian government.