Great colonies of octidebs stretch across nearly half an acre and half that deep across Arangoth and the Elgar Forest. They colonize virtually any environment that has ample amounts of trees, soft soil that can hold shape when chambers are built, and have enough flowering plants and carrion to feed off of. Some farmers now raise them for their silk. They produce quite a bit of this material because they're colossal in size. For the most part they're docile but can get quite nasty when angered. Their venom is non-lethal but they won't turn down an opportunity for a warm meal. But the soldier's sting is fatal to both it and the intended target. What color they are denotes their class (scout, worker, soldier, queen) and are sexually dimorphic.

The octideb is a curious mix of arachnid and bee that almost looks cobbled together deliberately. The segmented antennae, flight capable wings and striped bee-like abdomen all carry the signature appearance of a bee while the head and thorax combo and 8 legs have the signature look of a spider. They range from 1 to 8 feet long depending on class, gender, and age. Other aspects of appearance are dependent on health, emotional state, and what other creatures are in its presence.

Coloration are a mix of bright, vibrant colors on a drab canvas. Their bodies range between a base earth tone, dark brown or white. Midrange shades dapple its body in a grey or dark green. Striping of the abdomen is a bright purple, blood red, lemon yellow or neon pink. A dusting of glittery colors: ruby, gold or silver covers the entire creature. The octideb can change how bright or drab it is depending on the situation. When trapped or cornered it loses all color and becomes monochromatic by taking on its base color and only that. But when contacting friends or in combat everything is brighter. This is possibly a ruse to intimidate enemies or to allow it communication between friends.

They favor the divide between Arangoth and the Elgar Forest but more can be found in that dark forest than anywhere else. The tangles of large trees, especially around the Black Lagoon, provide an excellent place to seed and grow a colony.

A young queen arrives in early spring. Weeks later she has the skeleton of a future colony wrapped up in silk. Others quickly arrive and are delegated to the same task. It will take years before it's a fully functioning home for the octidebs with many large chambers for them all. Some tunnels below ground join the aerial sections.

Colonies have been successfully grown in zoos across Veth and farmers grow them specifically for the silk that they weave and the other products such as wax that they produce.

Once a year in the middle of summer a great flight of young queens takes to the sky. They form a thick cloud that circles over the colony before dispersing. A lucky few will find a suitable grove of trees to lay the groundwork. Once this female lays claim to the area any other octidebs that arrive and share the trees will develop into one of the 3 other classes. Together they will build the future structure together beginning with the queen chamber.

Mating occurs only after the queen runs out of sperm, held and used at will in a cavity in her body, and is generally once a year. She summons one worker spider to fill up her reserves. During her productive times of the year she's near constantly laying eggs in a large chamber dedicated to it.

Fertilized eggs are taken out of the queen's chamber and deposited in one of three nurseries. Hatchlings are carefully raised by the same workers that keep the area clean and free of parasites. The young octidebs are born with no class assignment. Which nursery, and the pheromones there, determine what they'll be. The smaller scouts can be fully developed and active in months, the worker two years, and soldiers up to ten years to fully mature.

They communicate with an intricate mix of chirps, whistles, and clicks. This indicates a developed language that puts them on the same intelligence level of cats or dogs. Their society is bee-like with an obvious classing structure as follows:

According to observation they both drink the nectar from plants and also prey on dying or wounded animals. They can be seen following poachers/hunters and pick up what they leave behind. This helps them avoid hostile combat and possible loss of stingers and, therefore, soldiers. If they must hunt they're fully capable of it thanks to a pair of sizable fangs mounted between a strong pair of pedipalps. Aside from nectar they don't drink much at one time.

Their bite is fierce and painful but only initially. Shortly after their potent but mild venom enters the bloodstream an euphoric and pacifying effect, to calm the victim, takes over. It takes a deer-sized target roughly five minutes to go down and lasts 2 hours. There's no evidence that bite along has killed a reasonably sized creature.

The silk produced by the octidebs can be spun like silk. Armor and clothing can be created using this including lightweight vests, shirts and pants. They aren't quite as strong as traditional armor but it's quite a bit more sturdy and reliable in combat than cloth spun from plant fibers. 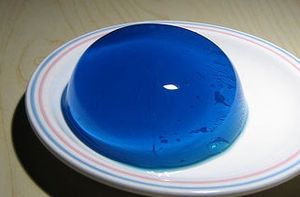 Blue honey, wax candles and other items can be produced as well but are rare. Octavia Johnson owns a shop, called Cube Custom, in Drache that makes custom armor, weapons, outfits and other items to order.

Targan Lakrod was one of the first to ride upon the back of an octideb. He did so while accompanying Xak Johnson to inspect the Plum Hill property on the upper Darian, where the latter is anticipating establishing a new hive or farm.